He is Senior Vice President and Secretary General of the European Society for Person Centered Healthcare (ESPCH), a major institution he co-founded with Professor Sir Jonathan Asbridge DSc (hc) DHSc (hc) in late 2013. Professor Miles is Editor-in-Chief of the European Journal for Person Centered Healthcare, and Editor-in-Chief of the Journal of Evaluation in Clinical Practice.

Professor Miles trained at the University of Wales and its Medical School in Cardiff. Gaining his first Chair in London at the age of 30, Professor Miles was latterly Professor of Clinical Epidemiology and Social Medicine & Deputy Vice Chancellor of the University of Buckingham UK, holding previous professorial appointments at Guy’s, King’s College and St. Thomas Hospitals Medical School London, and at St. Bartholomew’s and The Royal London Hospitals School of Medicine, London.

Professor Miles has published extensively within the peer reviewed medical and biomedical press. He is co-editor of some 47 medical textbooks published in direct association with an extensive number of UK medical Royal Colleges and medical and clinical societies in the UK, and has organised and presided over more than 125 clinical conferences and masterclasses in London as part of a major and long term contribution to British national postgraduate medical education. He has lectured, and lectures, widely in person-centered care across Europe and elsewhere, and is a sought after speaker.

Professor Miles is accredited with having changed the direction of the global EBM debate away from scientistic reductionism based on population-derived aggregate biostatistical data and rigid foundationalism, towards the embrace of the complex and the personal within international medicine and health policymaking. He has a profound interest in the modern person-centered management of the long term, multi-morbid and socially complex illnesses, and the methods through which medicine´s traditional humanism can be re-integrated with continuing scientific and technological advance. 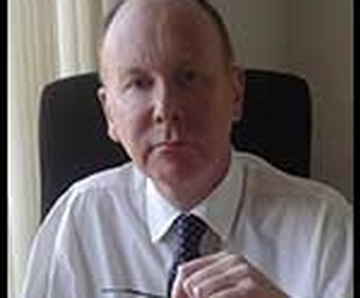